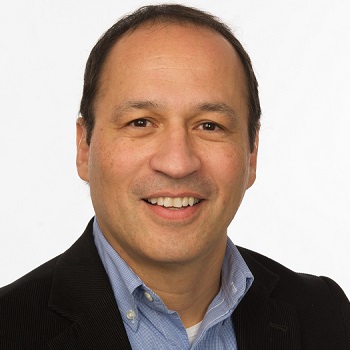 John F. Cabra is a Professor at the State University of New York College at Buffalo’s International Center for Studies in Creativity where as part of a team he focuses on teaching, assessing, and researching the science of creativity. John is also the Director of the Service Learning and Civic Engagement Program in Myanmar, which Buffalo State recognized in 2019 as the most outstanding civic engagement graduate course.

John specializes in facilitating and accelerating scientific and interdisciplinary innovation as part of his work through Knowinnovation in collaboration with the National Science Foundation. John has written journal articles, book chapters, and books in the areas of business, technology, engineering, and creativity.  In 2017, he and his colleagues published their book Organizational Creativity: A Practical Guide for Innovators and Entrepreneurs by SAGE Publications.

In recognition for his work, he was awarded the President’s Award for Excellence in Teaching, the State University of New York Chancellor’s Award for Excellence in Teaching, and grants from the National Science Foundation and the State University of New York. John is also a Fulbright Scholar. He served his Fulbright assignment at the Universidad Autónoma de Bucaramanga, Colombia and has held visiting professorships at the Universidad de La Sabana and the Pontificia Universidad Javeriana, both located in Colombia.

John earned his Ph.D. in Organizational Psychology from the University of Manchester, England, and an M.S. in Creativity and Change Leadership from the State University of New York.

I do not consider myself technologically savvy by any stretch of the imagination. However, I do see myself as aware of the online technological trends that are predicted to disrupt higher education.  One significant trend was brought to my attention by our SUNY Chancellor, Kristina M. Johnson.  She asserted that, “Competitor nations to the United States understand that those who lead in artificial intelligence and machine learning will own the next century.” It is these types of trends that led me to subject myself to the vulnerabilities and frustrations that come with early adoptions of new learning platforms and evolving technologies.

Since 2006, I have experimented with Second Life, Zoom, Mural, Qube, VoiceThread, and co-created a MOOC.   Each experimentation came with pain points as I moved up each learning curve. But the return on investment has been significant. To be clear, I face a growing student body demanding more tailored, flexible, evolving and mobile forms of online education. If I was in their shoes, I would demand the same going as far as to question the worth of education against the backdrop of available jobs with good paying salaries. Online education provides me a large arena to explore, and a response to a growing and insatiable demand for better services.