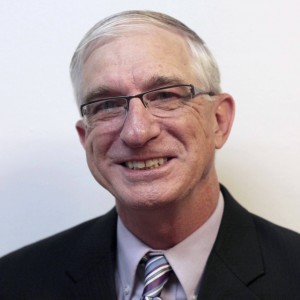 Denis Sweeney is an adjunct instructor in the Business Departments at both Corning Community College and Alfred State College.

As an Elmira, New York native, I received my Associates Degree from Corning Community College and Bachelor’s Degree in Broadcast Journalism from Syracuse University.

After working several years as a News Director, Talk Show Host and Play-By-Play Sports Announcer for a Corning, New York radio station, I went back to school full-time to earn my MBA from Binghamton University. Following graduation I served as the Southern Tier Region Coordinator for New York U.S. Senator Al D’Amato’s Victory ’86 campaign. The day after Election Day I began my duties as Director of Tourism for the Chemung County Chamber of Commerce in Elmira, New York. After two years, I was hired as the President of the Greater Corning Area Chamber of Commerce in Corning, New York followed by a stint as Project Director of the New York State Neighborhood Based Alliance project in Addison, New York.

When state funding for the Addison project was eliminated, I was hired by St. Joseph’s Hospital in Elmira, New York as its Community Relations Director and President of the Hospital’s Foundation. My responsibilities changed after two years when I became the Director of Marketing/Community Development for the hospital. For the next 14 years, I served as the official spokesperson for St. Joseph’s special events and news stories, while also assisting in the coordination of the hospital’s legislative local, state, and national advocacy efforts.

I currently live with my wife and family in Corning, New York where I own and operate my own marketing consulting business – Sweeney Enterprises LLC. In addition to assisting several businesses successfully develop and implement their own marketing plans by utilizing both multi-media and social media strategies, I’m also an adjunct instructor for the business departments at Corning Community College (CCC) and Alfred State College (ASC). I’m also back in the sports broadcasting world as I serve as the play-by-play voice of high school football and basketball for NEWS TALK 1230/1450 WENY-AM and GEM 98.7-FM in Corning, New York.

For the last few years I have served as an instructor for several online business courses at both CCC and ASC. Thanks to several mentors at both colleges, I’ve been able to incorporate strategies in my courses to involve online students from the semester’s first day until the final exam. My top priority for each course calls for communicating clearly and concisely, in an easy-to-follow approach, the course’s requirements and expectations. I have found that you can never connect enough with students taking online courses. In fact, it’s my philosophy that you can never “over communicate” with your students!