REACH OUT - 1-844-863-9314 - If you are overwhelmed right now, the NYS COVID-19 Emotional Support Line is staffed by specially trained volunteers who can help. 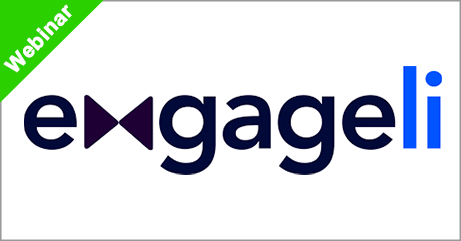 Various dates and times
(recordings available)
EngageLEARN sessions are active learning opportunities led by specialists and Engageli instructors that showcase the powerful capabilities of the platform and highlight how you can transform your virtual classroom. 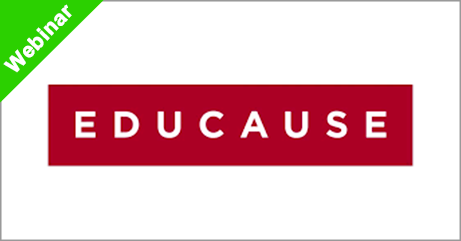 July 12 | July 14 | July 21 | July 28
3:00-4:30PM EST
HyFlex (hybrid-flexible) courses provide an effective method to serve classroom-based students and online students in the same course with the same instructor. HyFlex courses usually allow students to choose whether they will attend scheduled classroom meetings in person or online (asynchronously and/or synchronously). In addition to providing students with a choice in participation mode, HyFlex courses help institutions prepare for instructional continuity if classroom access is not possible. Well-designed HyFlex courses can provide a rich learning environment that improves and enhances the class experience for all students, whether online or in the classroom.

Learning Outcomes:
- Identify the opportunities and needs in your setting for HyFlex approaches
- Use the recommended design framework and process for building and implementing a HyFlex course to create an initial high-level design plan
- Create a plan to evaluate the impact of this approach on student learning and other metrics of interest in your context 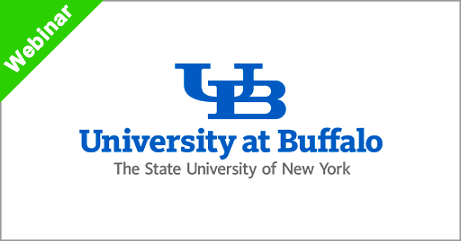 Various dates and times, June - August
The UB Educational Design Collaborative (EDC) has coordinated a series of workshops in response to topics departmental instructional designers, academic technologists, librarians, and faculty mentors frequently get asked about. The UB EDC Summer Teaching with Technology Series is offered as part of a collaborative event sponsored by the 2022 FACT2 Excellence Award winner, UB EDC, UB Libraries, UB Information Technology (UBIT), Curriculum, Assessment, and Teaching Transformation (CATT), and various UB Schools and units. Webinars are presented online on various dates from June to August and are free to all. 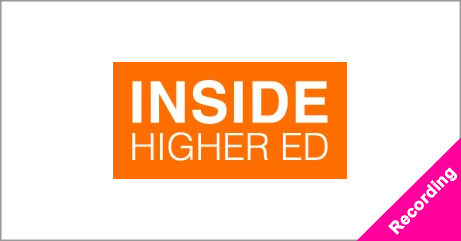 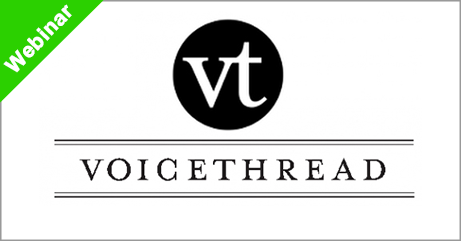 July 26, 2022
1:00PM EST
In our third workshop in the series, participants will learn how to give private feedback, use threaded commenting, copy VoiceThreads for use with multiple groups, and use comment moderation to formatively assess student work.

July 19, 2022
1:00PM EST
We will begin to explore the features available to VoiceThreaders with a full license. Participants will learn how to create groups and subgroups, set sharing permissions within those groups, and privately share VoiceThreads with individuals.

July 12, 2022
1:00PM EST
Participants will learn how to upload media, comment and annotate on that media, and share it with others. This will be a slow paced, step-by-step, hands-on workshop. It is open to both VoiceThread license holders and free accounts. 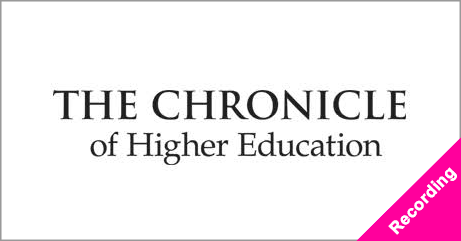 Traditional approaches to lectures, assignments, and grading aren’t always effective. Students have complicated lives outside of class. Faculty members must decide how much flexibility to give them, and how accessible to be. All of that was true before the pandemic, but the past two years have made those problems harder to ignore. This four-part monthly series of roundtable discussions will tackle the topics that concern you most — and answer your questions.

Many within higher ed predict that there will soon come a time when online courses and hybrid classrooms will be the norm. Community colleges, in particular, hope online education can help them expand their missions of access and open the door to more non-traditional age students. How can they chart their way to a digital future? 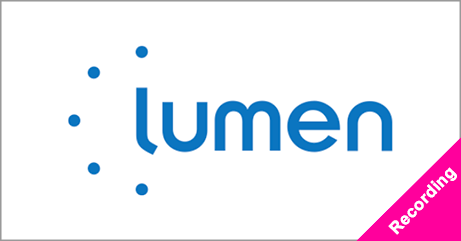 Preparing for the New Normal: Upskilling Faculty for Hybrid Learning

Presenters discuss skills training for faculty around teaching in a hybrid modality. 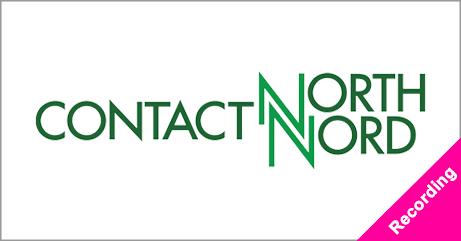 How to Design a Micro-Credential that Meets Demand 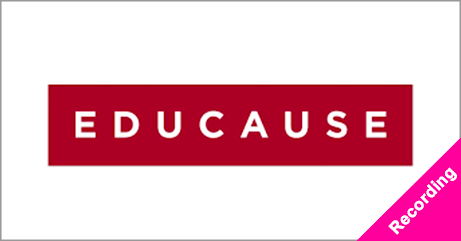 How to Switch Between Online and In-Person Grading

In 2015, Northwestern University began looking for a software solution to streamline its grading process. In Crowdmark, the university found a solution that not only increased grading speed, but also allowed instructors to give richer feedback while ensuring grading consistency. Crowdmark is now used by faculty throughout the institution, including in the Economics, Mathematics, Physics, Chemistry, and Psychology Departments. As the pandemic lingers, Northwestern has been able to move seamlessly between in-person and online assessments, even for large-scale classes and handwritten work. Join faculty presenters as they discuss how Northwestern University adopted and rolled out Crowdmark. Learn how the Teaching & Learning Technologies department supports instructors and how grading has improved since implementation of Crowdmark.

NDLW: Exploring Emerging Technologies for Lifelong Learning and Success: A MOOC for ALL Learners

The State University of New York is currently transitioning a successful online faculty development project with a 5-year history into a MOOC that addresses the needs of ALL learners, including students, faculty, and professionals alike. This innovative professional development model enhances participant’s 21st-century skills, including communication, collaboration, critical thinking, and creativity. Established and emerging technology tools are necessary for lifelong and lifewide learning and are a huge part of our lives for career and personal advancement in today’s digital age. Through the “Exploring Emerging Technologies for Lifelong Learning and Success” (#EmTechMOOC) learners gain a deep understanding of the value and implications of using established and emerging technology tools. An underlying principle of the MOOC promotes a growth mindset, a necessity to keep pace with technology change. This session provides an overview of the project’s history and a look into how the future iteration of the project will take shape.

Immersive, 3-D environments have offered opportunities for distance participants to share in any number of activities. With the advent of open source environments that are low-cost and that come either pre-configured or easily configured, this instructor has used these environments in class activities including: presentations, discussions, poster sessions, team meetings within a class, and shared activities (such as visiting other islands or testing 3-D building). Using action research the effectiveness of these environments on community building has been studied and published; students have overcome the isolation of discussion-board-driven online environments and been able to form more effective academic and personal relationships within courses. Activities will be presented and discussion will be welcomed.

NDLW: Are Rubrics Worth It?

An interactive experience with project grading rubrics. Participation in an activity followed by group discussion. Each participant should have some kind of cup with some kind of liquid in it ready for the activity. For those who use rubrics, those who don't, and those who have never heard of a rubric.

Faculty engagement and buy-in is necessary in order to support an institution’s mission to deliver quality and innovative online instruction. Since 2006, SUNY Canton’s faculty-centered Online Learning Advisory Committee (OLAC) has been providing feedback and guidance to the campus administration on issues related to online learning and serving as a liaison to the greater academic community on initiatives that enhance faculty excellence in teaching online. This session seeks to share best practices in crafting and sustaining a productive advisory structure that contributes to faculty and student success in online environments.

NDLW: What is it like producing a Coursera specialization?

The presentation will focus on the ABCs of MOOC-making and the lessons derived from developing a series of Coursera MOOCs. Producing a large-scale online specialization for Coursera is very different from developing traditional online courses. In a way, it is similar to producing an indie movie where the roles of a producer, a director, an executive producer, a project manager, a director of photography and many others need to be performed by a handful of people who work on a shoestring budget, often without time release, and within a short time frame. In addition, production specifications set by Coursera change on average twice a year, the production team is constantly pressured by being benchmarked against Ivy League schools’ courses, and every one from the dozens thousands of students has the power to publicly like or dislike any of your learning objects. There is a lot of fun in the brave new world of distance learning!

This presentation will cover how to support academic honesty and integrity in fully online classes. We will address why students cheat and how course design, pedagogical techniques, and use of technology can help create a culture of academic honesty.

NDLW: How to keep engaging nursing students when a learning model is over?

One of the biggest challenges of asynchronous online education is to keep nursing students engaged, especially when a learning module is over and when the students are adult learners who work full time. This presentation will demonstrate the strategies to wrap up students’ assignments in an asynchronous online course.

These SUNY OER Community Courses will introduce you to the fundamental principles and effective practices related to Open Educational Resources. Throughout this learning space, you will have the opportunity to explore and discuss methods and approaches to finding, adopting, customizing, integrating, creating, publishing, and licensing OER. You will also have opportunities to connect in conversation with your peers, and work with OER advocates from the SUNY community who can help you along your learning journey.