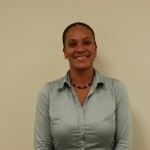 “Ecological Anthropology focuses on the analysis of complex interactions between humans, other living organisms, and the natural environment. In short, the interactions of living organisms with (and on) the land, climate, plant, and animal species create micro- and macro-level reciprocating relationships, ones which can be measured and scrutinized anthropologically (Salzman and Attwood 1996:169). Ecological anthropology investigates the ways that a given population shapes its environment, through these reciprocating exchanges, as well as the subsequent manners in which these relations form the population’s social, economic and political life (Salzman and Attwood 1996:169). Thus, ecological anthropology attempts to provide a materialist explanation of human society and culture as products of adaptation to given environmental conditions (Seymour-Smith 1986:62).”

“There are many sub-disciplines/related fields associated with Ecological Anthropology including Cultural Ecology, Ethnobotany, Ethnohorticulture, Human Ecology, and Ethnobiology (Panakhyo and McGarth 2009:1).”

The Routledge Encyclopedia of Social and Cultural Anthropology, Alan Barnard

Anthropology and Environment Society: A Section of the American Anthropological Association. www.aaanet.org

Ecological anthropology definition from the Encyclopedia of the Earth www.eoearth.org